If you wish to get lost in this story open this (safe) audio loop https://city.ambient-mixer.com/old-city-israel

There was dead silence. I could feel it, thick as sheeps wool and heavy as it’s skin. My hands were warm and slimy with blood and I couldn’t understand why. The curtain hanging in front of me was enormous, it towered over my head beyond sight. Vibrant purples, blues and reds of all kinds were woven into it. I had to be in a palace. No one could be that wealthy with a tapestry like this. It must have taken 30 men to put it there. I felt the blood dripping from my hands onto the floor and I felt ashamed. But how? Who’s was it? My breath quickened. Someone was close. Somewhere on the other side of the tapestry. I could feel them. I knew they were there but no sound was made. I reached my hand out to move the veil. “No!” someone snapped. “DEATH” They said in a strict parental way, as if it was for my own good.

I yanked my hand back. My heart was beating beyond control. Hands still slick with blood.

“Soon, very soon.” The most calming voice whispered, the veil shuddered slightly. Heavy silence once more and then a tremendous ripping sound above me cracked through the air. It was so violent and so loud I screamed in terror.

Chana sat bolt upright, the scream coming from her like a knife. A hand clamped over her mouth and pulled her back to the ground. “Shhh! You’re ok!”

She struggled. “BE QUIET. ROMANS” Her brother hissed in her ear. Chana froze. Their campfire had long since died, they were covered in what little darkness the bright moon had allowed. Her eyes searched the darkness for signs of the Roman soldiers. She heard them before she saw them crest the hill on their horses a few hundred yards away. Their armor glinted in the moonlight and she shook with fear. Eight of them, all strong as oxen, with numerous weapons strapped to each horse and man. They laughed and plodded along with no care in the world.

Tuvia tightened his grip on her, still covering her mouth in case she screamed again. He could feel her distress. The Romans could kill or enslave them both without reason or prompt.

The two siblings watched the soldiers disappear down the road, their noise fading with them.

Once they felt safe Tuvia released Chana. “The dream?”

“I think it fits with mine. I keep seeing a large crowd. When I join them to see the cause a man is being beaten with a wip by a Roman soldier. The old man next to me says, “Soon, very soon.”

“Tonight’s was different though. Tonight I was standing near a man praying so hard he bled. And some soldiers arrested him and the praying man took an ear from the ground and put it back on a mans head. He healed him.”

“You’re crazy. No one can do that. Just like no one can walk out of a tomb with a spear wound and nails in his hands after three days. ”

“It’s just like all the others, I hear someone whispering ‘Soon, very soon.’ to me. I think these things are happening and God is giving us the vision.”

“I’m going back to sleep.” Chana shook her head. She rolled back over on the ground and closed her eyes. Tuvia had been having dreams for months. Dreams of stars over Bethlehem and wooden crucifixion crosses in Jerusalem, men coming back to life after death. Now a man putting ears back on heads?

They’d been traveling together for months since the sickness had taken their village outside of Kadeshbarnea. Chana had argued it’d been the shock of losing everyone and leaving that made Tuvia’s mind so vivid – until she’d had this dream herself- over and over again. She thought it was going to drive her mad. Tuvia was sure they all fit together somehow. Chana wasn’t so sure.

That morning Chana was awoken by Tuvia shaking her. “Chana, we have to go right now. We have to get to the tabernacle in Jerusalem.”

Tuvia looked exasperated. “Today we HAVE to be there.”

“Because. Because… I just know. Ok? Pack up, get the donkey we have to get there today.” 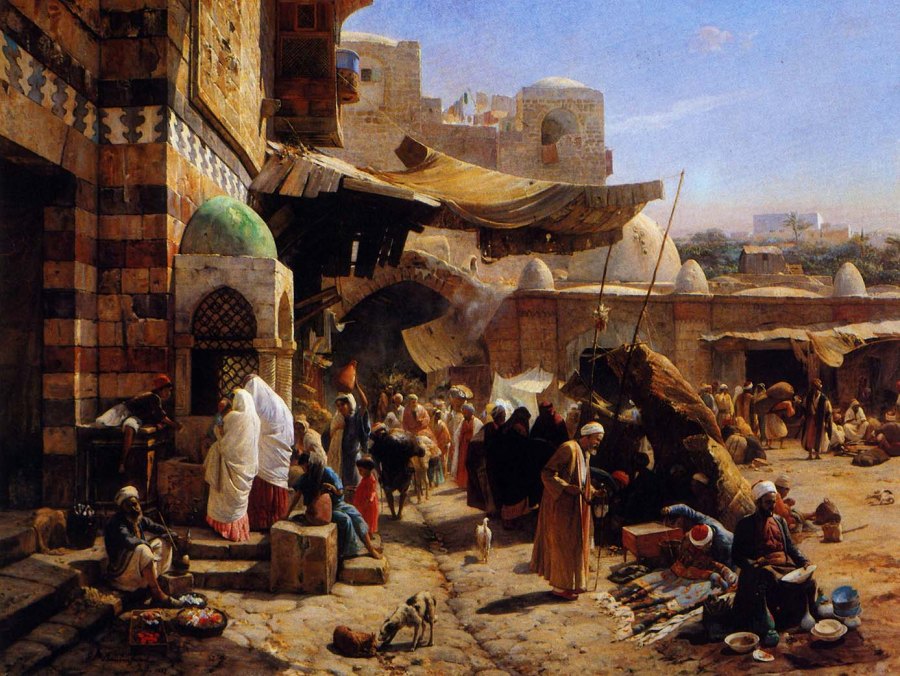 Chana jogged to keep up with Tuvia in the crowded street. She threw part of her head covering across her shoulders to cover her mouth. The amount of dust the crowd had kicked up was horrendous. She coughed and spat. Nothing like the sweet smell of grass they had enjoyed not an hour before. She stumbled, “Slow down!”

Tuvia didn’t even turn around. “We need to go right NOW. We’ll miss it.

“Miss this lion chase,” She muttered into her cloth. Passover meant Jerusalem was overrun with more people than usual. If it had been her choice they would have side stepped this city entirely. She’d heard great tales of the city, but along the road they’d gathered rumors or a rebellion.

Making their way to Capernaum was no simple task. Moving to be with family was the safest option for them now that their village was nearly gone. Jerusalem marked the middle of their journey and not at all where Chana was ready to be. Although they did need to make a sacrifice on their way through.

She could see the tabernacle rising above all else in the city.  She gazed up in wonder of it for a moment. It was the biggest thing she’d ever seen in her life, bigger than trees! She was sure the sky couldn’t be much further away.

Tuvia grabbed her hand and tugged her along. “Keep up.”

They purchased a male dove with what little money they had and headed for The Beautiful Gate. Tuvia took Chana’s hand again and took a deep breath. “I think today is the ‘soon’ we keep dreaming about.”

Chana wasn’t convinced. “If I can step foot beyond the women’s court, then I’ll know.” She joked, squeezing his hand.

Tuvia wasn’t joking however. He set his jaw and nodded. “Wait and see.”

A group of merchants were talking together in hushed tones when a young boy came running around Tuvia and Chana, nearly knocking the bird from their hands. “Hey!” Tuvia shouted.

The boy ignored them and halted in front of the merchants. “Barabas! He’s free! They let him go today!” More comotion exploded around them. “What? Why do you lie? No, go home!”

Chana listened to the boy. “No! It’s true! Pontius asked who he should pardon for Passover. The people chose Barabas!”

“Who on earth could be worse than that rabble rouser?” A man asked.

“The man they call Jesus from Nazareth! He says he’s the son of God!”

The merchants cackled together. “Sure he is.”

They entered The Beautiful Gate and made their sacrifice together. Afterwards they began talking to others in the outer courts. News of Barabas was spreading and soon it was on everyone’s lips.

Over time Chana joined the women and Tuvia went on ahead to the next court.

Chatting with the women Chana felt her eyes drawn towards the dukan steps and the inner court.

Like a wind meant only for her, an invisible push moved her forward. She knew very well what rules she would be breaking (all of them). Still her feet moved. It could mean death for her. Definitely punishment. Yet on she went.

She ascended the round steps and moved forward boldly. No one stopped her.

Into the inner court.

By then her familiar whisper was in her head again “Soon. Very soon.”

Not a single priest stopped her.

Through the Holy Place and suddenly she was standing before the veil from her dream. The Holy of Holies was right behind this curtain.

She looked at her hands. No blood. Touching this veil wouldn’t do anything but stepping beyond it meant certain death. Chosen priests never even just WALKED in. They had to have ropes tied around them, sometimes a bell on them, they had to wash, make offerings, prepare, bathe- and they were men! Women have never been this far.

“What do you want from me?” She whispered.

“Come to me.” The calming voice said. “Very soon we can talk.”

Chana couldn’t tell if it was said aloud or inside her head. It was so clear, and everything was so quiet. She’d never felt such peace. She closed her eyes and touched the veil. It was heavy. Her fingertips tingled and she smiled.

“I love seeing my children happy.” The voice said.

Chana felt warm all over. She opened her mouth but before she could say anything, like a clap of thunder, the veil ripped from top to bottom in one motion.

Catching sight of what was inside she covered her eyes and turned away. “I’m sorry! I didn’t mean to! I didn’t see anything!”

She waited for a lightning bolt, a flash of fire, an earthquake, the floor to open up and swallow her. But nothing happened. She kept her eyes shut tightly and started to cry. “I’m sorry!”

The voice responded. “I no longer need a blood sacrifice for my people to encounter me. It is done. It is finished.” It seemed sad, but triumphant. Great pain had just been endured.

Chana slowly turned back and peaked out from her fingers fearfully. “I won’t die if I look at you?” 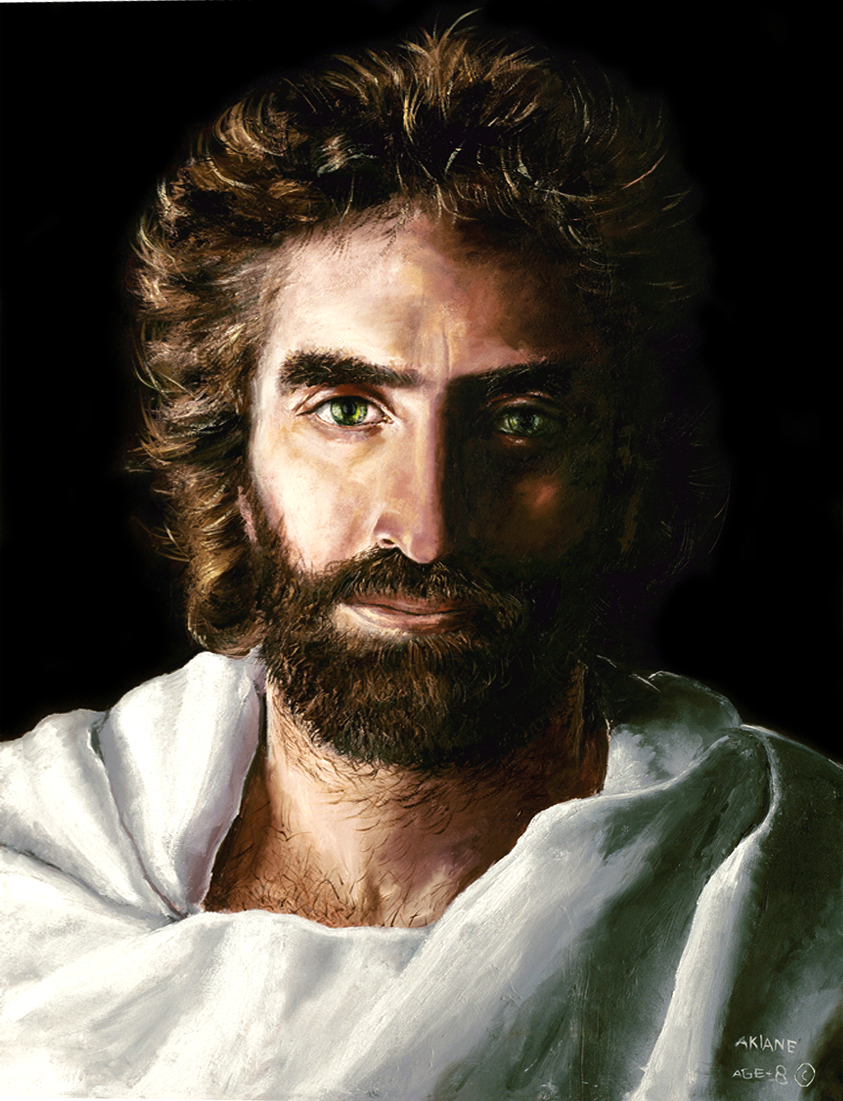 The voice chuckled. “You cannot see me, but you’ll hear from me. You can always come to me, my child. The Holy Place is in you.”

Before she knew it she was being pushed aside and swarmed by people who were there to gape at the ripped veil. Tuvia joined her, eyes wide.

“They crucified Jesus, the man who says he’s the Christ. He’s dead.” Tuvia looked confused. “Just like my dream. We need to get to that tomb, Chana.”

“Who could have done this?” Wailed a Priest.

Most fell silent. One spoke though, “No man could do this, this was an act of God.”

This song, Take Me In has alway been sung at my church in slow, growing voices. Almost a huanting tone. Today it just feels appropriate. Enjoy.

I meant to share this just before Easter but no such luck, life was entirely too busy.

I hope you all enjoyed this little twist on the Easter story. For as long as I can remember this has been my favorite part about the Easter story. The veil was ripped after Christ died. From top to bottom, meaning everyone knew it was impossible to be done by mere man. It meant that the sacrifice removed the barrier between God and his people. We no longer needed a preist, and animal sacrifce to save us. We were covered. Anyone could enter God’s presence, male, female, Jew, Gentile, we are all loved and chosen. The whole Bible was leading up to this moment in history and it’s still remained.

Notes: I chose these names after looking up some Jewish names online. Here’s what they mean if you’re interested:

Tuvia-Tuvia means “God is good.” The name Tuvia appears in the Bible as one who returned to Israel from the Babylonian Exile (Zechariah 6:10). In kabbalah, Tuvia has the same numeric value (32) as Lev, heart, and it is traditionally one of the names of Moses. (variations: Tovia, Tobiah, Tevye)

Chana-Chana means “grace.” This name is associated with the ability to create beautiful prayers; Chana appears in the Bible as praying to God, and then giving birth to the prophet Samuel. (1-Samuel ch. 1) (variant spellings: Hana, Hannah)

A Christian woman in the Midwest helping you handle the dating world. View all posts by themildmillennial1